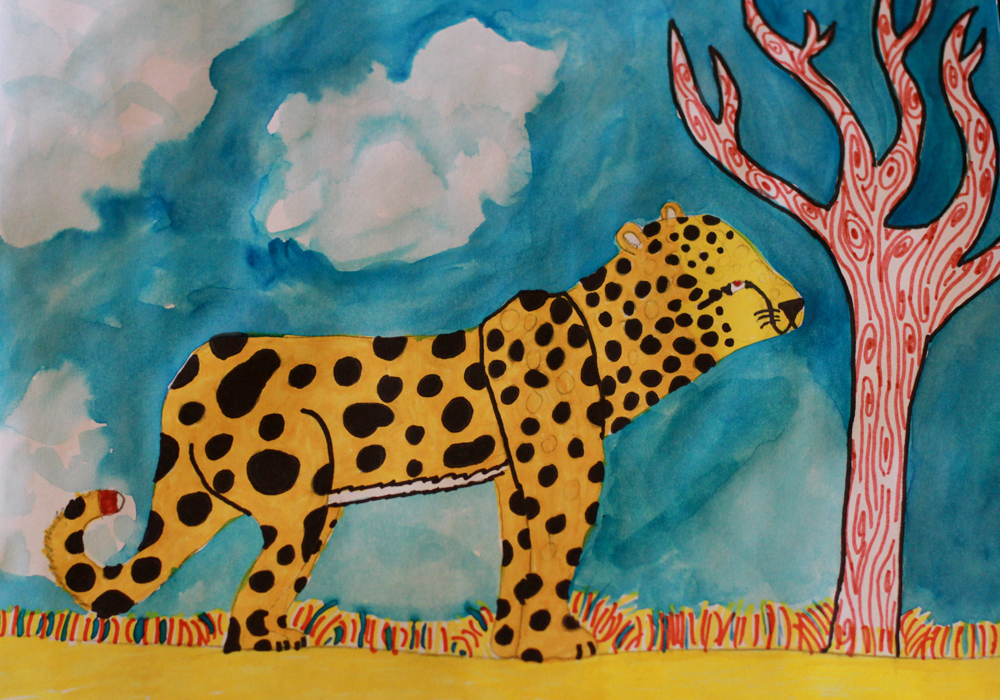 by Allye Baker, age 7. Music by the Blind Mime.

Once upon a time there was a girl named Allye.

She wanted to go get a baby animal.

When Allye went to the pet store, the animals were all gone.

So she went to the guy who you pay who said, “I have one more pet.”

It was a baby cheetah!

It was a red eye cheetah. And the best part, it was a baby!

So Allye went home and after she fed it 10 bottles, the cheetah was a teenager.

The next day Allye gave hime one bottle and her cheetah was all grown up.

Allye’s mom came so she had to hide the cheetah.

Allye put a blanket on him.

Allye’s mom came upstairs in the bathroom — Allye was too late.

Her mom said saw the cheetah.